When I was growing up in the north Jersey town of Sayreville, football was a big part of our household. And except for a brief dalliance with the Miami Dolphins (it was 1972; they were undefeated, and I was an impressionable 10-year-old), the New York Giants were the only team I ever cared about. Autumn Sundays meant going to Giants Stadium for a home game or watching a road game on TV.

I played a little ball — Pop Warner football, and baseball through my freshman year of high school — but once I hit 5’8″, I stopped growing, so I got more and more serious about music. By the 10th grade I knew music would be my life, and luckily things turned out pretty well.

Being a rock star has its perks, and for me the coolest one has been getting to know Giants players and coaches. I’ve had season tickets for a long time, but in the late 1980s I was a fixture on the sideline at big games, even the ’91 Super Bowl. I’d usually try to go incognito, pulling my hair up under a cap and wearing one of those goofy striped polo shirts the coaching staff used to wear. I knew that no team would ever come close to supplanting the Giants in my heart.

Turns out I was wrong. In July the band and I were traveling from Bristow, Va., to Columbus, Ohio, for one of the last shows of our 11-month world tour. I was able to sneak off for the day to see some football. The Giants’ training camp was in full swing in Albany, N.Y., but I headed to eastern New Jersey to watch the opening practice of the Chargers, a wonderful little team I was introduced to last year when my middle son, Jesse, decided to play Pop Warner ball. I made it to almost every practice last season, and when I tell you they were the Bad News Bears, I’m not exaggerating: Their pants were held together with duct tape, and they played on a field that didn’t have any grass down the middle.

Right before the season I took the Chargers to watch the Giants practice at the Meadowlands. At the end of each practice, coach Jim Fassel has one of his players speak to his teammates, and I walked the kids out there to listen. The kids were being incredibly respectful, probably because they were in awe of guys like quarterback Kerry Collins and running back Tiki Barber. Then one of our kids spoke. He asked, „Can we do our cheer for you?” So it got real quiet, and our kids did their cheer: Can you beat the Charger team? Hell, no!

When a bunch of grown men hear a bunch of little kids go Hell, no! they start busting up. Right then and there I watched the Giants turn into Pop Warner kids again. They picked the little guys up, put them on their shoulders and took them to the locker room. Every Giant sat down by his locker and posed for pictures and signed autographs. The kids stayed for an hour because the Giants wouldn’t let them leave.

Collins was especially moved by the Chargers. He volunteered to speak at their year-end banquet and used his contacts at Nike to get the kids new uniforms: Giants blue, of course, with white and yellow numbers. But he wasn’t the only person to help the Chargers get ready for this season. To celebrate the team’s 40th anniversary, the Chargers’ hometown fans pitched in with their time and money. Seed was planted on the field — it’s just clover and wild grass, but at least it’s green — and a sprinkler system was donated.

Seeing the enthusiasm in the eyes of these kids on the first day on their spruced-up field, wearing their new uniforms, made me believe that the spirit of America still exists. People in New Jersey have a blue-collar, salt-of-the-earth ethic, which is a theme the band and I have always tried to incorporate into our music. In fact, I think the themes of endless optimism and rooting for the underdog are a big reason we’re so popular with football fans.

But in the jaded eyes of a guy who’s traveled the world, it can be easy to forget that the things we’re singing about happen every day in places like a small town in New Jersey, where ordinary people united behind their Chargers and helped give a group of kids a chance to grow up to be Giants.

Bon Jovi will release an acoustic album this fall. 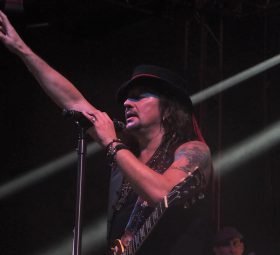 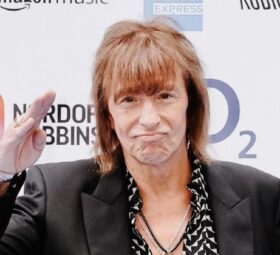 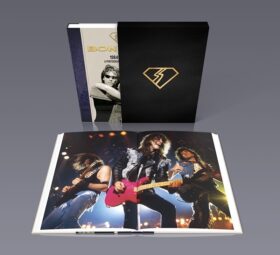